As part of the enhancement of the club’s practice facilities a new 3 hole Academy Course has been constructed within the confines of the existing practice area where 3 new tees and 2 bunkers have been constructed.

This will provide an excellent teaching facility to be used by members and visitors alike and will be particularly helpful in preparing new golfers to play on the course. It is an ideal place for beginners to learn the basics and for experienced golfers to sharpen their skills. The Swing Studio and Academy course will now provide Bedale Golf Club with one of the best coaching and practice facilities in the area. 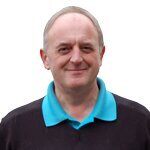 Richard started playing golf at Harrogate GC at the age of 14, and within three years was playing off a handicap of scratch. He joined the Professional ranks in 1977, and became a fully qualified Golf Professional in 1980 whilst at Knaresborough GC. A spell as professional in Lincolnshire in the ‘90s saw him playing in The British Mini Tour, and in an 18-month period he notched up one victory and two second places.
Book a Lesson Book a Fitting

After reading Business Management at the University of Buckinghamshire, I decided to turn Professional here at Bedale Golf Club. Once fully qualified I moved to Romanby Golf Club and teamed up with Richard Wood. From my time at Romanby Golf Club I built up a wealth of experience and established myself as a good teacher by working with some of the best players in the region. Since returning to Bedale Golf Club a little over a year ago I have developed strong connections with schools in the region developing many initiatives to improve grass roots in the community. My work with England Golf promoting their ‘Get into Golf’ campaign has not gone unnoticed as the club has just been recognised as a ‘Get into Golf Starter Centre’ one of very few in Yorkshire.
Book a Lesson Book a Fitting

Whilst we investigate, please read our page on the email whitelisting and ensure you've added me to your Safe Senders list